As featured in season 3, episode 5

As part of the new season of Quest TV’s hit program Mega Shippers, PGVM were asked if the film crew could ride along as we delivered some incredible supercars to Spain to see what its like to be a supercar transport driver. Working alongside our customers, Auto Vivendi Supercar Club, we met the film crew at Auto Vivendi’s club house on Abbey Road in London.

Unfortunately for the film crew the loading of the supercars was as usual undramatic which doesn’t make good TV even with over £1 Million worth of cars that are super low and wide. This just goes to show the experience of the PGVM crew and also the bespoke trailers making loading look easy. The film crew then followed PGVM all the way down to the Ascari race resort ready for the clients to be on track. 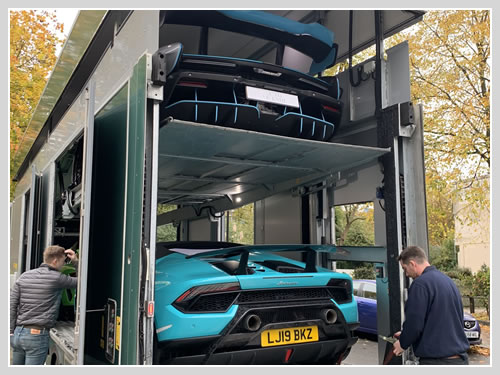 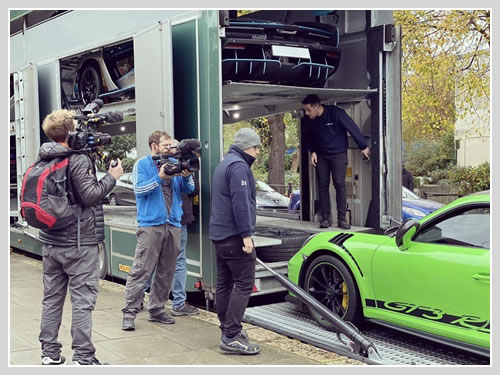 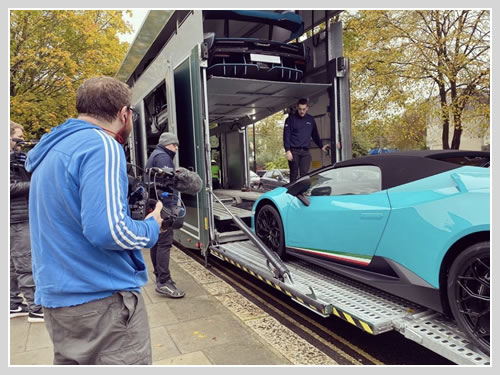